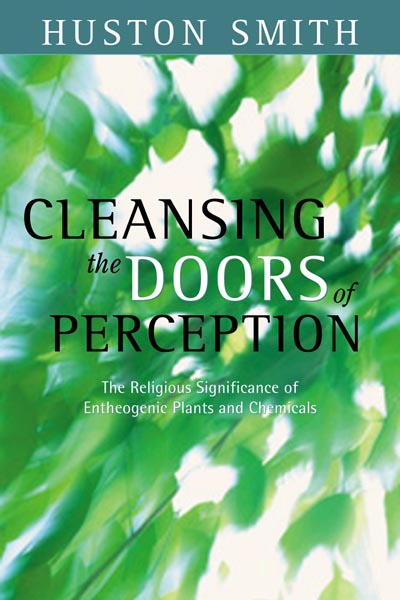 Cleansing the Doors of Perception

The Religious Significance of Entheogenic Plants and Chemicals

This book looks at the use of psychedelic drugs as a means to achieve union with the divine. Smith examines this controversial topic and describes the turbulent academic experiments of the 1960s.

Now in a paperback edition, Cleansing the Doors of Perception, by renowned philosopher and scholar of religion Huston Smith, takes a serious look at the use of psychedelic drugs as a means to achieve mystical union with the divine. In a unique blend of direct experience and academic depth, Smith examines this controversial subject and describes the historic and turbulent academic experiments of the sixties in which he was both a subject and an observer. Smith begins by telling the story of his own initiation into the world of psychedelic drugs in the company of Timothy Leary—a meeting arranged by Aldous Huxley—and the profound effect it had on his understanding of reality. In wrestling with the question—Do drugs have religious import?—he draws on history, theology, philosophy, psychology, and anthropology.

He tells of fascinating experiments that attempted to shed light on this question, such as the one in which he participated as a guide, where twenty volunteers—mostly seminary students—were given psilocybin before they attended a traditional Good Friday church service. He discusses as well the use of peyote in Native American sacred rituals and the hallucinogenic plant soma in ancient India. Throughout, he does not approach the question of drugs and religion from any fixed standpoint. Instead, he mines his own experiences and his relationships to pioneers in this field to come up with insights on this intriguing subject that are not available in any other book written for the general public.

Book Sense recommended Cleansing the Doors of Perception in their 76 list for July/August of 2003. "Created at the suggestion of bookstores participating in the Book Sense program, this list of superb reads--each and every last one selected by the nation's independent booksellers--will satisfy the literary cravings of book clubs and casual readers alike." - from the Book Sense website.

A video of Huston Smith speaking about his upbringing, the Internet, and other topics:

Praise for Cleansing the Doors of Perception

I like noted religious scholar Smith's detached, yet involved, stance -- and especially the idea expressed that this subject needs to lose some of its 'taboo' status. An important book.

This wise, witty, wondrous book, by the world's foremost religious scholar, will surely provoke a long-overdue reconsideration of the potential of mind-expanding compounds. Like the work of Aldous Huxley, Cleansing the Doors of Perception is destined to become a spiritual classic.

—John Horgan, author of The End of Science

With drug problems so prevalent in today's world, it takes someone with the probity, impeccable credentials, and irrefutable spirituality of Huston Smith to revisit the religious potential of entheogenic (old-timers, read: a hallucinogenic) plants and chemicals. Reframing the pursuit of inner knowledge in the deeply spiritual language that motivated most of those I knew to explore such substances, Smith offers scientific, medical, and religious data to support what has been a 'secret' as old as humanity: that there are modes of perception far more transporting, ecstatic, and illuminating than everyday consciousness, and the doorway to such altered states may be literally underfoot. I am extremely grateful for this revisit, and applaud the courage it took to face down those who continue to dominate public dialogue on drugs with two-dimensional responses to a multidimensional reality.

On this treacherous subject, where it is easy to go wrong, Smith has written a book that is as responsible as it is informed. His views are completely in accord with my own.