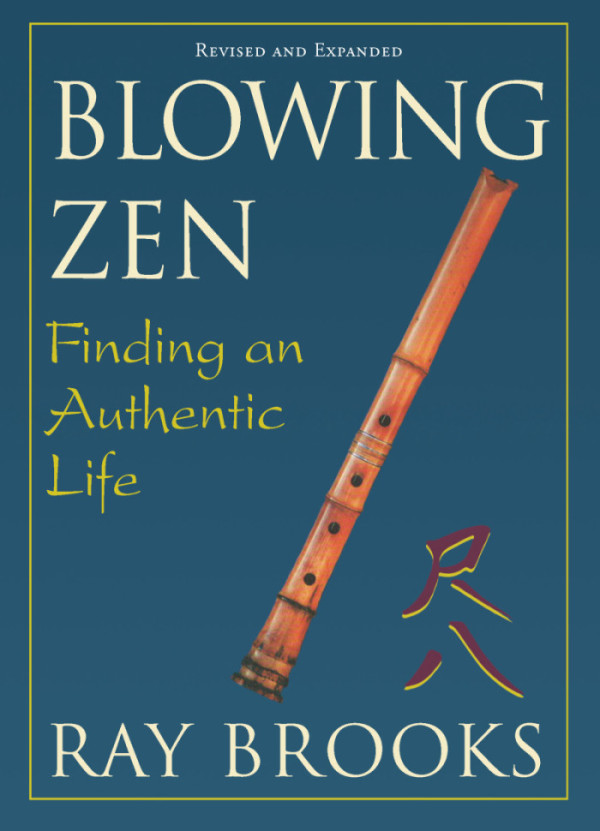 Blowing Zen’s irresistible story of cultures converging lets the underlying message come through without preachiness: life is about finding your true calling, not just what brings you superficial joy.

As a young, up and coming electrical engineer living in England, Ray Brooks had everything he could want—a high paying job, late nights, and fast cars. All he was missing in his life was the meaning.

A series of events brought him to Japan where he met a man who played the shakuhachi, an ancient Japanese flute. That fortuitous interaction motivated Brooks to embark on a journey to learn this very difficult instrument.

Through playing the shakuhachi, he began to understand the Zen discipline that is a crucial aspect of Japanese culture. This understanding greatly changed his outlook on life, putting him in touch with his authentic self.

Blowing Zen’s humor and irresistible story of cultures converging lets the underlying message come through without preachiness: life is about finding your true calling, not just what brings you superficial joy. Brooks’ spontaneous approach to the collaboration of art, mind, body, and spirit is inspiring and instructive.

This uplifting memoir has been entrancing readers since its release in 2000, and it is now being re-released with a new chapter and lots of photographs.

Ray Brooks is a writer, teacher, artist and performer. He performs shakuhachi concerts in Japan, North America, and Europe. He lives in Victoria, British Columbia.

A genuine spiritual journey, finding Zen, music, and one's own true self. A lovely spirit blows through this book.

—Jack Kornfield, author of A Path with Heart

Ray Brooks’ unique and captivating book provides an insightful view of the heart and spirit of the Japanese culture and the musician’s journey. In sharing his quest, he has enriched my life, and may inspire many others on the path of music, the ways of Zen.

—Dan Millman, author of Way of the Peaceful Warrior

Blowing Zen is a shining paradigm of positive, life-affirming change. Ray’s awakening to the deep, inner song that is life inspires and gives hope to those searching for their own true path.

—John Robbins, author of Diet for a New America

A good book captivates—takes you to a different corner of the world and a different way of thinking. It’s one you reach for again and again. Blowing Zen is such a good book.

Not since Mickey Hart’s Drumming at the Edge of Magic has a book so beautifully and eloquently exemplified the connection between spirit and music. Blowing Zen is a must-read for any musician or artist needing to manifest connection.