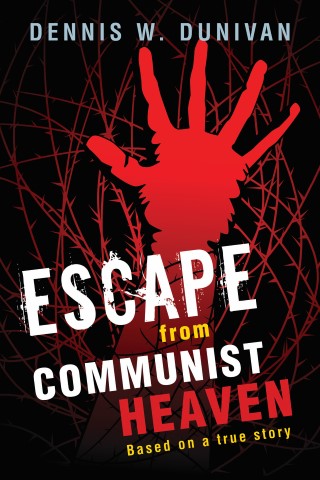 Based on a True Story

Rebellious teenagers are common in young adult fiction, but Viet Nguyen challenges a system that borders on genocide. This may not be the best approach in a society that punishes dissent with death.

For Viet Nguyen, the only thing worse than rules are the people who enforce them. This may not be the best attitude to have in a society that punishes dissent with death. A rebellious teenager is often the main character of young adult fiction, but what makes Viet particularly interesting is that he challenges a system that borders on genocide.

Communist tanks advance through Viet’s Saigon neighborhood when he is fourteen years old and overtake the Presidential Palace as American helicopters retreat over the South China Sea. During the frantic evacuation, the American Embassy isn’t able to destroy secret files containing the names of South Vietnamese Intelligence Officers. Viet’s father is one of these officers. Within days, the city is infiltrated by communist soldiers who take over public buildings and spies who move into local neighborhoods. To survive, his family must keep a low profile.

Viet’s life was better during the war. With the Americans gone, he has little hope for freedom and must watch his every step. But his rebellious spirit gets the upper hand, and he is arrested in the black market, becoming one of more than 300,000 people in labor camps spread across the jungles of Vietnam. Viet’s captors have a dream. When everyone on earth is under their control, they believe, we will have reached Communist Heaven.

Many of the prisoners are ex-soldiers. Others are religious leaders, academics, and anyone who might provide leadership against the new regime. Tens of thousands of these prisoners die of starvation, malaria and physical beatings. Viet is determined not to be one of them. He uses the same daring courage that led to his arrest to create a chance to break free.

Based on the true story of Viet Nguyen, this novel is about a teenager who makes some mistakes and faces the consequences. To know freedom, he must not only escape from prison, but from his country too.

Praise for Escape from Communist Heaven

The novel is so realistic that it gives you the feeling of actually being in a Vietnamese prison camp, and the descriptions are so vivid that it feels like the communist officials are trying to brainwash you and make you fall into one of their psychological traps. I highly recommend this book for teachers who want to help their students understand this important part of history.

Viet’s story is not only engaging and accessible for my students, but it helps personalize the experiences of the Vietnamese following the fall of Saigon. It’s a must read not only for teaching post-war Vietnam, but for anyone trying to bring light to how human rights issues arise.

Through his friendship with author Dennis Dunivan, Viet Nguyen’s long journey out has become testimony to the disaster of southern Viet Nam after the fall of Saigon. Escape From Communist Heaven is a noble and uplifting story rising, as the saying goes, ‘like a lotus from the mud.’